Another busy year has come and gone with much accomplished and much more yet to do. The Toronto Accessible Sports Council (TASC) continues to forge its place in the Toronto community sport sector by becoming the preeminent voice for accessible sport and recreation within the GTA. The TASC AGM took place in Toronto on May 31 where the Board continued to affirm its Mission of getting more Torontonians living with disabilities active and engaged in sports and recreation. Updates on meetings, conferences and events where TASC continues to play an active role were reported on and future opportunities identified.

Regarding our 3 main pillars of focus: Awareness, Advocacy and Convening, we continue to make great strides in all areas while recognizing the numerous barriers and challenges our Council faces with limited resources. Identification of potential granting and sponsorship opportunities continue to be researched while also looking for collaborative granting opportunities where shared knowledge and leveraged resources can have the maximum impact.

Increasing number of adapted and inclusive programs were identified and continue to feed into our ever expanding directory of accessible sport and recreation opportunities taking place in the GTA and its environs. One highlight includes Adaptive Climbing which can be done both indoors as well as in a natural setting. TASC also partnered with the Toronto Blind Jays to support its recruiting, training and participation in the 2017 NBBA Beep Baseball World Series. In addition to Challenger Baseball, Blind (Beep) Baseball is fast becoming a popular adaptive sport for baseball enthusiasts.

September saw Toronto host the Invictus Games, which brought together numerous partners and stakeholders working in the adaptive and parasport space. Some positive outcomes include: 97% of Torontonians were aware of the Invictus Games, People from 111 nations tuned in to watch the Invictus Games on TV. The Games generated more than 2 billion broadcast, media and social media impressions around the world, shining a spotlight on the competitors, their personal stories and the friends and family members who support them. While the participants themselves were only current and former members of the Armed Forces, we believe that the awareness building ability of hosting local, national and international parasport events in the GTA will help generate increased participation within the general public. Our on-going goal is the ensure the ‘connections’ are made for those seeking opportunities and those delivering them. Increased funding and capital resources will help.

TASC continues to play a role within the Committees and Forums in which we participate. Along with our long-standing involvement with the City of Toronto (Parks, Forestry and Recreation) Community Disability Steering Committee, our role as a Community Partner with the 2017 ReelAbilities Film Festival was also a great success and allowed TASC to show its support and solidarity behind messaging of inclusion in society and celebrating disabilities through the medium of film. We began having discussions with the TDSB (Community Use of Schools Advisory Committee), to see where TASC could help ensure that representation from the disability community could be added to the conversation. Formal membership within this Committee should be confirmed in 2018. We continue to call on all levels of government and the corporate community to look at increasing funding and investment within the adaptive and parasport sport and recreation sector by highlighting the positive economic , health, social and physical outcomes of active living with the disability community.

TASC was invited to be a member of the Ontario Parasport Collective , a group of parasport and adaptive sports organizations from across the province of Ontario tasked to help advance the Ontario Parasport Strategy. Led by the Canadian Paralympic Committee, the Ontario Parasport Collective brings together 24 partner organizations, and more than 20 supporting organizations, including government and the private sector, who will deliver the Ontario Parasport Strategy. The strategy is designed around four pillars that consider the critical physical, psychological, and social wellbeing of children, youth and adults, particularly so for the 1.85 million Ontarians living with a physical disability. TASC will focus its resources on creating ways to increase participation rates among children and youth with disabilities specifically to the Awareness and First Contact stages within the LTAD model.

The Toronto Sports Summit, now becoming a featured convening opportunity for TASC, had to be delayed until 2018 due to a strike with our host partner Humber College. Details and outcomes of the Summit will be presented in the 2018 Annual Report.

While we still await word of our charitable status application, TASC did continue to receive modest private donations to further its mission. We will continue to identify granting opportunities including fundraising and sponsorship prospects in the coming year.
2017 Balance Sheet
2017 P&L

I would like to thank all our supporters and stakeholders who continue to make Toronto more accessible and help engage more people with disabilities in being active through accessible sports and recreation. 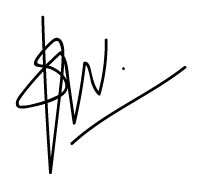 City of Toronto (Parks, Forestry and Recreation) offers specialized programs that provide individuals with disabilities the opportunity to be involved in recreational activities with people who have similar interests, abilities and needs in a safe and positive environment. These programs are designed with smaller group sizes.

Special Olympics Toronto offers a wide variety of sport programs for individuals with intellectual disabilities offered throughout the year.